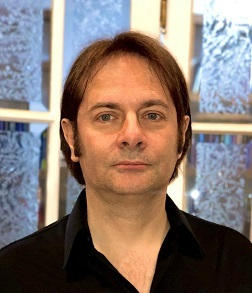 Born in Italy, he received his PhD in Bologna. Professor Amabili holds the Canada Research Chair in Vibrations at the Department of Mechanical Engineering, McGill University, Montreal, Canada. He received the Worcester Reed Warner Medal of the ASME (American Society of Mechanical Engineers) in 2020, the 2021 Raymond D. Mindlin Medal of the American Society of Civil Engineers, the 2021 International Gili-Agostinelli Prize of the “Lincei” National Academy of Sciences of Italy and the Guggenheim Fellowship in Engineering in 2022. He is the author of two monographs published by Cambridge University press and a plethora of scientific papers. Dr. Amabili is an elected Fellow of the Royal Society of Canada (Academy of Sciences), the Canadian Academy of Engineering, Foreign Member of Academia Europaea, Member the European Academy of Sciences and Arts, Member of the European Academy of Sciences and Fellow of the Engineering Institute of Canada. He is one of the five members of the Executive Committee of Applied Mechanics Division of the ASME. Amabili is also the chair of the Canadian National Committee for IUTAM (International Union of Theoretical and Applied Mechanics) and of the conference series ICoNSoM (Int. Conf. on Nonlinear Solid Mechanics).

This seminar will focus on nonlinear vibrations of shells made of traditional, composite, and soft biological materials. Starting from classical nonlinear shell theories, nonlinear dynamic phenomena that can be observed in circular cylindrical shells will be highlighted: from softening behavior to amplitude modulations, internal resonance and chaos. Then, in order to deal with thick walls and large strains associated to soft materials, the classical shell theories are modified by including shear and thickness deformations, as well as rotary inertia. Comparison of numerical simulations and experiments for large amplitude (geometrically nonlinear) vibrations of plates and shell structures will be presented and the very large increase of damping with the vibration amplitude will be discussed. This is a little-known phenomenon of fundamental importance in applications. The nonlinear damping will be derived in a very original way from viscoelasticity. The damping model obtained is geometrically nonlinear and the parameters are identified from experiments. Numerical results are compared to experimental forced vibration responses measured for large-amplitude vibrations of different structural elements.

Biological soft tissues are subjected to significant static and dynamic loading, yielding large strains that requires the introduction of hyperelastic and viscoelastic constitutive models. Results for human aortas will be shown and compared to experiments.